I’m really not sure why CCTV camera’s are in the garages, it’s not stopped fly tipping! If anything it’s worse.   I don’t call this progress and looking after the environment.   Nothing is being done to prevent this.  See More
7 hours ago
0 Comments 0 Likes

I cant recommend this enough Tom is brilliant, we hired tom a few years back everybody loved it… See More
Tuesday
0 Comments 0 Likes

Here are the links:Report Anti-Social BehaviourGLERA Mould SurveyBeech Street ProposalsRead summary from October's GLERA meeting. If you have any questions or would like to join the GLERA committee email Jacqueline at secretary.glera@gmail.comSee More
Monday
0 Comments 0 Likes

All Golden Lane residents  are invited to join our Cripplegate Councillors and new Alderwoman for a glass of wine at St Giles Church on Wednesday 1 February at 7 pm.It's also an opportunity for them to update us on Committee activities and answer any other questions we may have. There will be short presentations and question and answer sessions with representatives from the City’s Climate Action Strategy and the Green Doctors scheme, a charity that offers free and impartial advice to help residents stay warm, save money and live greener (an initiative sponsored by the Corporation).Please come along!See More
Saturday
0 Comments 0 Likes

We are a small, local charity called Survival International across the way from Golden Lane estate on Goswell road. Some of you may already be familiar as we've been here since 2001 (the charity itself is 50 years old!). Please do drop into our office shop - we're friendly bunch selling a selection of stunning Christmas cards, a beautiful calendar and other gifty bits.

We take no government funding so we rely heavily on the generosity of the public.

The easiest way to find us is by looking for the northern lights reindeer artwork on our shop front (pic attached with the artist https://www.instagram.com/expertwindowart/).

We're open 10am - 6pm, sometimes we have to close over lunch if short staffed which is usually 1-2pm.

We do hope to see you soon!

A bit about our work

We are Survival International, the global movement for tribal peoples. We’re fighting for their survival around the world.

More than one hundred and fifty million men, women and children in over sixty countries live in tribal societies. They’re mostly self-sufficient and depend on their land for their health and wellbeing. To tribal peoples, land is life.

Tribal peoples are our contemporaries. They’re not primitive. They have technology, laws, education, religions, and social, political and economic structures. They developed many of the medicines now used by industrialized societies, and created some of the principal staple foods like maize and potatoes that now feed millions. Tribal peoples shaped the environment and help make the world a better place.

Tribal societies are extraordinarily diverse and there’s a lot to learn from them. They understand the natural world and are expert conservationists. Many tribal peoples have enlightened social values. They’re not brutal savages as is sometimes claimed. They put the community before the individual, share and exchange possessions rather than amass personal wealth, and embrace gender equality.

Tribal peoples are at the mercy of racism, land theft, forced development and genocidal violence. Their human rights are being violated. Their lands and resources are stolen for profit, even though land theft is a crime under international law. Tribal lands give them food, housing, medicines, clothing and a sense of identity and belonging. Land theft causes destitution, disease and death, and it’s wiping out uncontacted tribes.

The world needs tribal peoples. Our work is preventing their annihilation. We work in partnership with tribes and give them a platform to speak to the world. We need your support to bring about a radical change in public opinion to make sure they have a future. Help us fight one of the most urgent and horrific humanitarian crises of our time. Tribal peoples need you. Let’s fight for their survival, together. 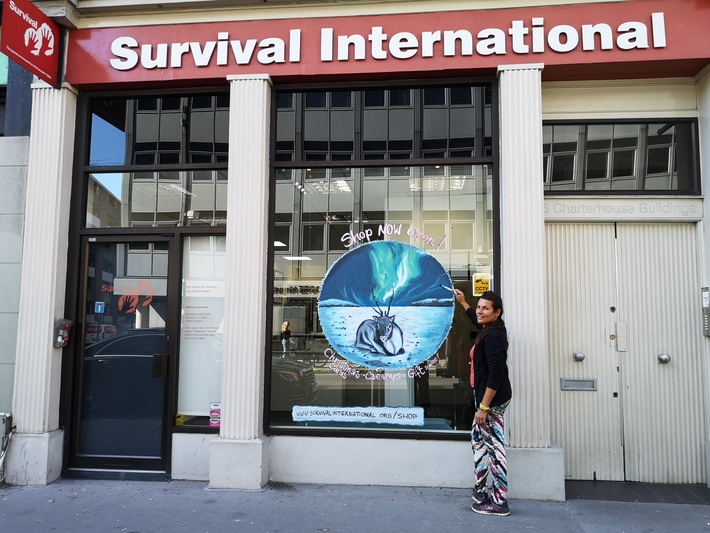