Hotpoint RZA36 under counter freezer in white. 2 years old. Very good condition. Measures approximately: W: 60 cm D: 62 cm H: 85 cm The top back corners of one of the drawers have been chipped (see photos) but this isn't visible once they're in the feezer and doesn't affect their usage. Any reasonable offers considered. Will need to be collected from Defoe House on the Barbican estate. PM me if interested.See More
23 hours ago
0 Comments 0 Likes

Jax replied to Jax's discussion New stuff for sale for home in packaging still .. in my shed ready to go to a new home
"I also have an hob extractor see manual image  in box unopened ? "
Wednesday

New stuff for sale for home in packaging still .. in my shed ready to go to a new home

Hello everyone and thank you for approving my membership!I'd like to move to Golden Lane Estate, and I'm looking to purchase a 1-bed flat in lovely Crescent House. If anyone is thinking of selling their 1-bed flat, please get in touch with me on WhatsApp on: 07 four five four 22 eight 224 (typed like this to avoid spam!) or giuliasurace (at) gmail (dot) com.Looking forward to hearing from you!Best regards,GiuliaSee More
Wednesday
0 Comments 0 Likes

Does anyone know what the alarm is for?

Maybe it's an alarm to signify "all clear"... ie, no cause for alarm.

That makes perfect sense when the logic of the corporations department of common sense is applied.

Do you work for the Corp?

Certainly do, and we're all terribly keen to make things nice for the new residents of the Fourth Barbican Tower when they arrive. So it's lights out early for you lot I'm afraid, an 11pm curfew for Golden Lane, to clear the streets for limousines and Fine Dining... after which any council tenants will be shot.

The alarm is for the purposes of practice, to get you all in the swing of things.

Maybe they could erect a peace wall like West Belfast? they are great for community cohesion, and would cut down on the use of a  shoot to kill policy and the subsequent lengthy legal cases. 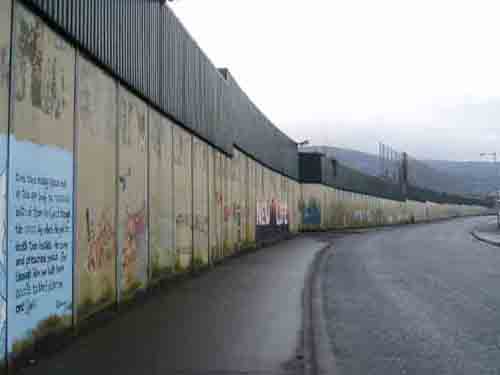 Fantastic idea, but all in concrete... keep it Brutalist ;-)

Plenty of razor wire and roving flood lights directed inwards, and maybe  ramp up the activation of the intruder alarm, all  this could possibly increase the use of the estate as a film location? Increase revenue?

At last, I live in a Gritty Urban Location! Can't wait to tweet about it.

Nathan, must dash... I'm scouting a Shabby-Chic interior. Let's finish this deal some other time.

Nathan......Ben Edwards from our Fusion LC will be at next week`s COL meet in the RPC......you could raise the matter with him then perhaps?

I think Fusion have carte blanche to do they please with the support of the Corp, doing nothing effective about their faulty intruder alarm that has been an issue since the leisure centre opened, and overcrowding the courts running netball tournaments, Fusion have attended these meeting in the past and pay lip service to the issues that arise from their management of the centre, and since it is a minority of residents who are affected by Fusion I think the majority of  residents are in support Fusion.