Hello all. Some of you might know that I was on Saturday's beautiful market in the community centre selling my dad's art crafts and fundraising money for this this amazing cause to a UK-based charity helping kids in rural areas in my beloved Venezuela. If you donate today of before 5am tomorrow, a big charity in the US, called Global Giving, will match your donation.Happy #GivingTuesday and thanks a million!See More
2 hours ago
0 Comments 0 Likes

Jax replied to Hannah goslin's discussion Christmas tree
"Colin runs the market stall in front of Waitrose (buy local) he'll get you a size you may want too."
yesterday 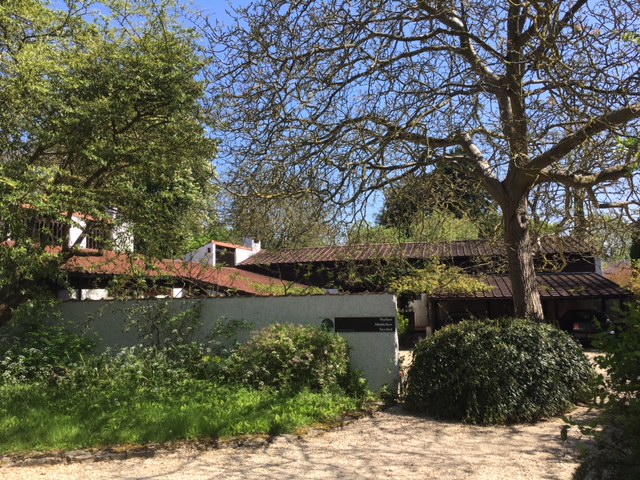 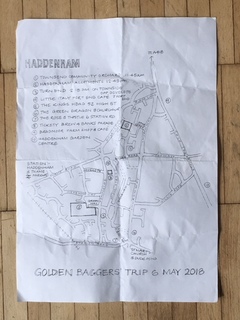 Sunday 6th May was a beautiful day, perfect for a group of friends, neighbours, gardeners both expert and curious, from Golden Lane to visit the Buckinghamshire village of Haddenham, near Aylsbury.

It is easy to see why Haddenham has a reputation as a highly desirable place to live, though, as we discovered, Golden Lane Estate is not unique in having to deal with the pressure of new development on its doorstep. However there is always more than one way of looking at things and the Haddenham community has the remarkable example of the Turn End houses and their shared garden in its midst.

At a time when conventional thinking had it that new development had to be planned around roads with identikit houses dropped on, obliterating the existing landscape and ecology, Turn End represented an alternative way, looking at the special qualities of the village, it's walled gardens, mature trees and modest scale as an inspiration 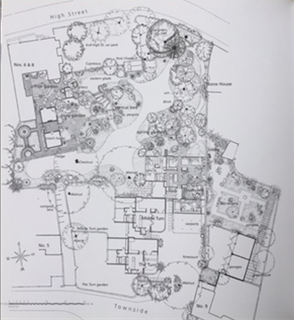 for what is actually a very modern and quite high density insertion into the village.

Turn End was instead planned around the retention of several existing trees, among them, large Oak, Chestnut and Walnut trees which provided a basis for the gardens and courtyards which every room enjoys, bringing nature to the heart of each of the three homes within the site.

Turn End was strongly resisted by the local planners at the time it was conceived in the early 1960s and was only consented after many appeals while the entirely forgettable houses opposite were nodded through the system, wiping out an entire avenue of mature trees in the process.

The houses and garden at Turn End are still home to their visionary Architect and Landscape gardener, Peter Aldington and his wife Margaret whose life's work they have been for some 50 years.

A charitable trust has since been created to secure the future of Turn End, to promote the integration of building and garden design and enable public access to the garden for educational, creative and public events. As such, we were delighted to be invited to view both garden and house, hosted by the very wonderful Peter and Margaret Aldington, along with Turn End gardener Jackie Hunt. 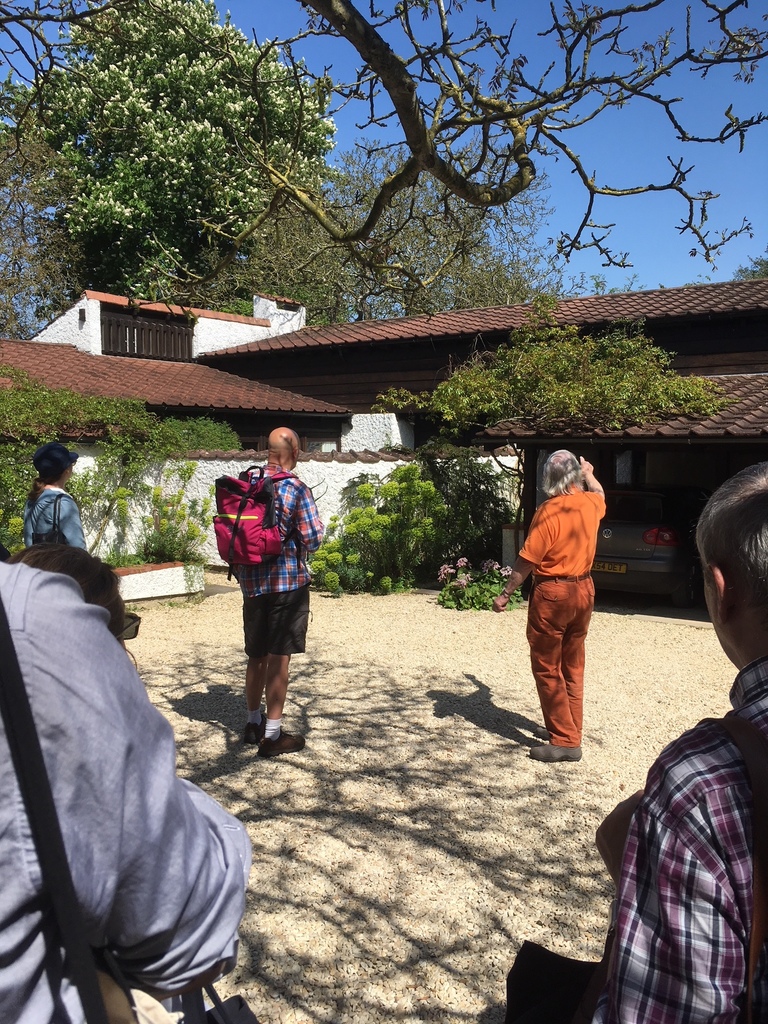 ABOVE
Architect and garden designer, Peter Aldington, explains how the design of the houses was a response to the particular  vernacular and scale of the village. The fundamental strategy was to retain and design around the many existing mature trees within the walled grounds of the plot. 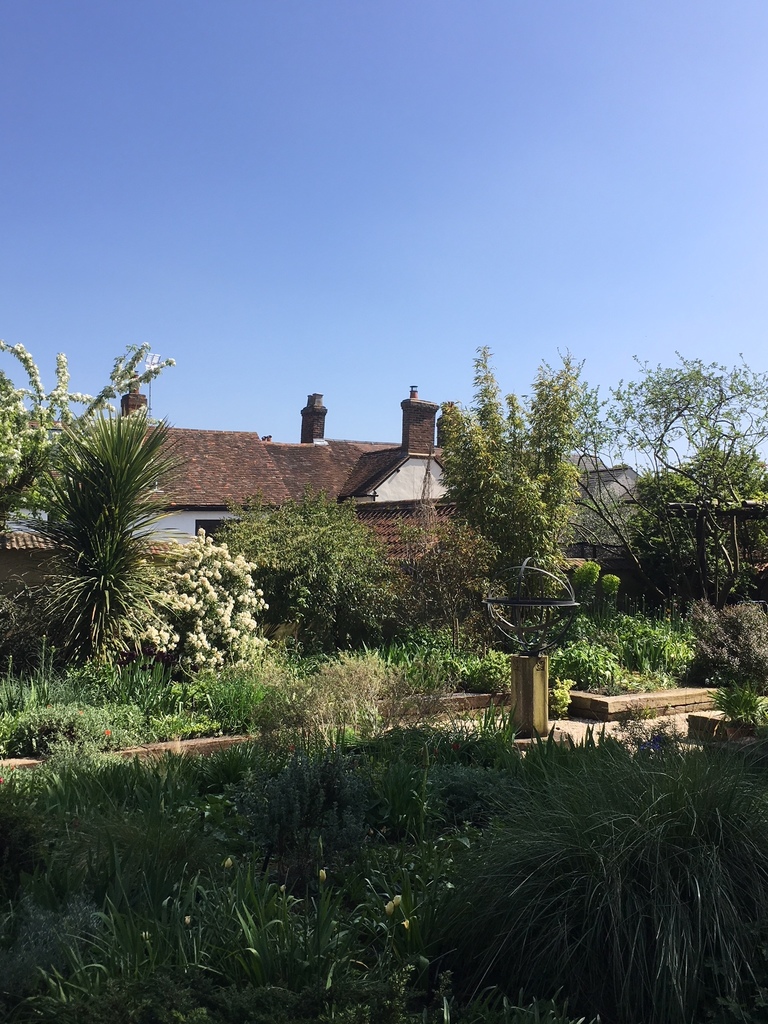 ABOVE
A formal walled garden to the south. Plants can be bought from here and advice is readily given by Turn End gardener, Jackie. 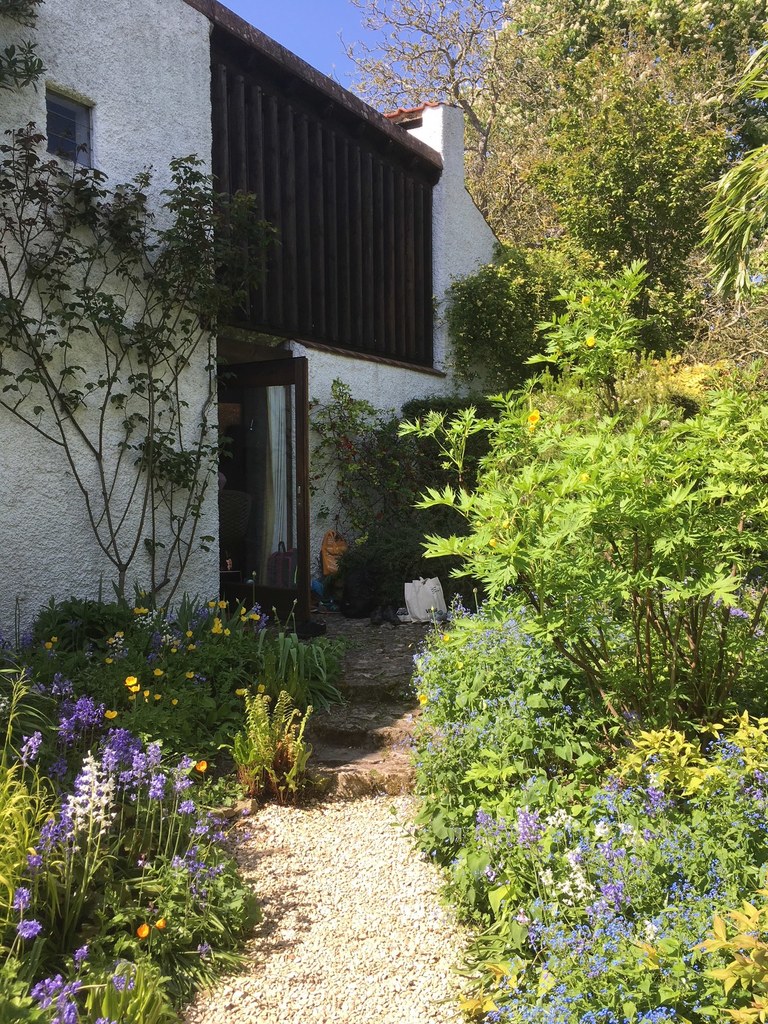 The spring garden with Turn End in the background 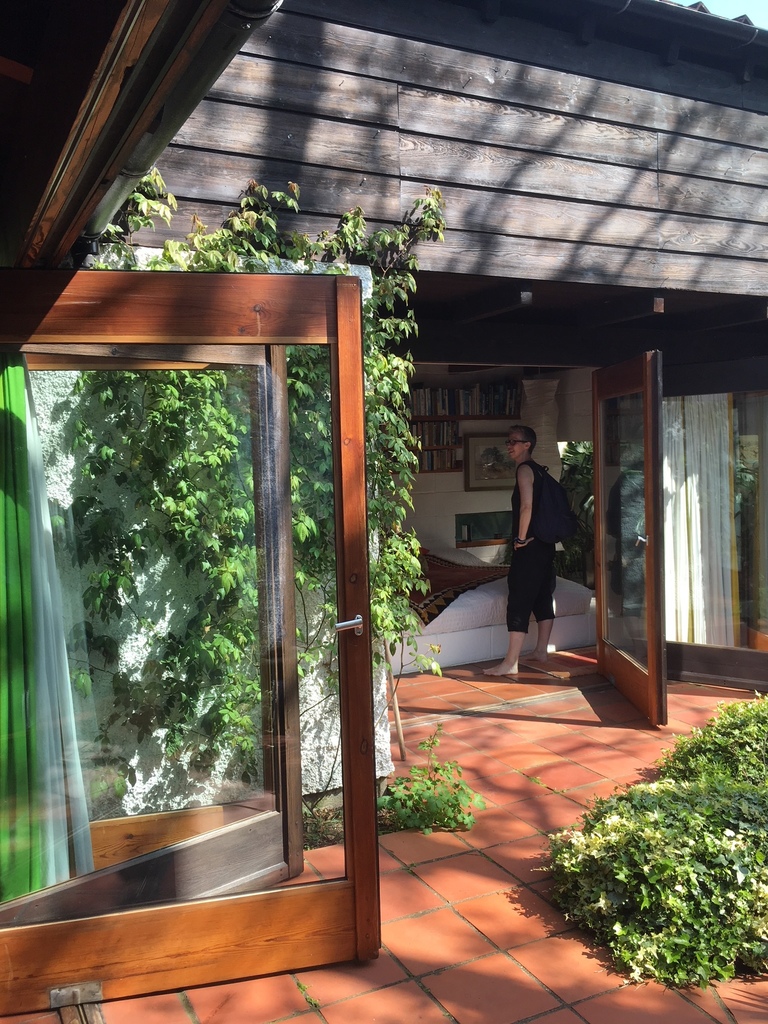 While Turn End is internationally acclaimed (the house is now grade 2* listed and the garden is on the register of parks and gardens of special historic interest), it has also inspired some rather lovely initiatives within the community - a thriving allotment area and, most recently, a community orchard, planted in 2015 with rare varieties of apple, pear, cherry and more. The orchard was created on a plot provided as a Section 106 contribution by a housing developer building nearby. Fruit is shared freely by all residents.

ABOVE
Expert volunteer Diccon, at the Townsend Community Orchard, explaining the many rare varieties grown including such evocative names as "Radford Beauty" apple, "Pitmaston Duchess" pear and "Merton Glory" cherry. Local biodiversity is thriving and Red Kites have returned to the skies overhead.

The trip overall was both a fantastically enjoyable day out, and a truly inspiring experience, showing just what can be achieved with a clear vision and the determination to see it through. The perfect way to kick off summer and get out in the alotment,

A huge thank you to Anna Parkinson for the brilliant idea and all the hard work she and Anne Corbett put into organising this very special event.